Battle of the Golden Spurs (abridged)

In and around the Northwestern part of the Roman Empire various tribes lived and often traded with the Romans. When the empire started to weaken a collaboration of tribes formed called the Franks, or the Free(d). The Franks formed the new France and a lot of the most savage pages of history where turned. The only free people where those able to wield a good sword.
In the last part of the middle ages many new cities formed in the northern province of Flandrensis or Flanders. In 1302 the French army of knights went there because of the unruly and stubborn northerners. In the Battle of the Golden Spurs this knights army was beaten by soldiers on foot formed out of the new cities. The Flemish went home with the costly spurs and equipment of the knights and had a beer: a Poorter.

Translation:
Next, if one brings any beer into the freedom and city, one has to pay tax, just as if it was brewed within Mechelen, and one may not sell it any dearer than Poorter.


Battle of the Golden Spurs on Wikipedia

Collection of sources about beer 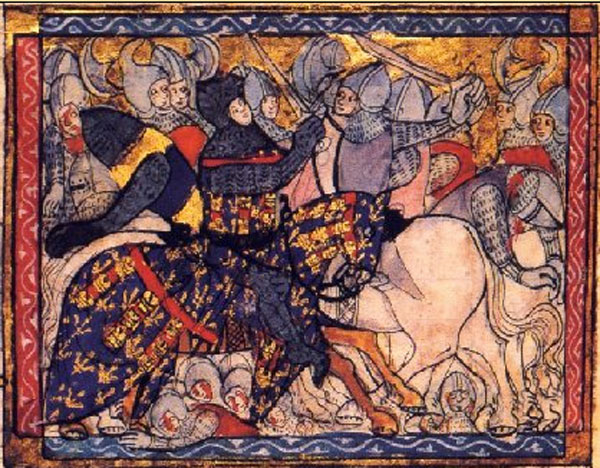 LS. We also encountered Poorter in the town of Gorinchem in the old spelling of the High Middle Ages. In this tax regulation is stated: 'following the old custom'. Poorter is indeed a very old name for beer and we expect to find more sources in the coming years. The existence of Poorter for over four centuries before the English Porter places the story of the name being derived of 'river porters' in a new perspective .